…and we need it now. Ronald Reagan knew that and called regularly for it. I was lucky enough to hear him do it personally when a group I founded gave him a Teach Freedom Award. We gave it to him to honor his farewell warning to the American people as President of the United States on January 11, 1989. He warned us then… (more) 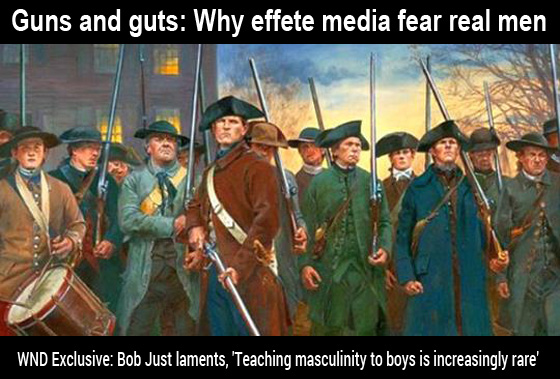 This touching 1978 short film has won awards all around the world. Told as a modern-day fairy tale, the story is of a little boy who goes on an adventure and returns with something far more precious than what he was seeking in the first place. There is no dialogue and therefore no language barrier. The film speaks to all people. Rich in visual meaning, it is a story about life, loneliness, and things unseen. 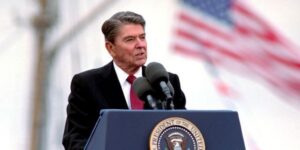 “Killer Culture: A Call to the Churches”
Commentary by Bob Just

Democrats for America
Mainstream Democrats must speak out about the extremists who control our party. Republicans are helpless. It’s our party — so it’s our fight.

My un-American Democratic Party
Imagine you’ve got a Muslim neighbor who is actually a radical, but hasn’t yet revealed to you his inner radical thoughts. He may seem like a nice family-oriented, hard-working, reliable guy, but then at a barbecue he tells his private view that the “worldwide Jewish movement” is the embodiment of… click for full text

Killer Culture
Increasingly, the horror of America’s culture is becoming frighteningly clear, both for its evil intent and for its devastating effect on the nation’s children…
click for full text

Son of Divorce
Bob shares his personal recovery story, and discusses the mystery of love and marriage…
click for full text

Amendment Separation of Atheism
and State
Imagine that it was not the 9th Circuit, but the United States Supreme Court that made the “under God” decision. Imagine that instead of two nervous circuit judges, it was five brazen Supreme Court Justices declaring the Pledge unconstitutional in some nightmare future years from now five secular…click for full text

The Miracle of the Bible
I’ve been a writer for many years, working on all kinds of projects from screenplays to corporate speeches to playwriting to academic essays to journalism and commentary. As a former English teacher, I’ve read all kinds of writing but never anything that comes even close to the Bible…
click for full text